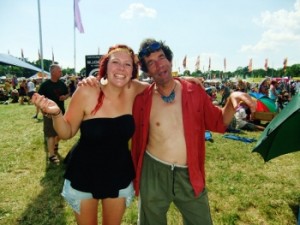 So this year, I had the spectacular fortune of going to not one but TWO WOMAD festivals
(World of Music Art and Dance for those of you uneducated in this most wonderful festival). The first attendance was most unexpected and in Spain of all places, where I had just moved,
and the second was, of course, at our dear old Charlton Park in England. 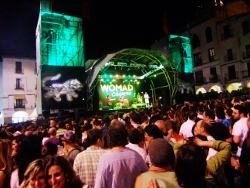 So, the first  WOMAD I went to this year was the WOMAD in Cáceres. I arrived in Écija and moved in with my now flatmate Kirsty, who I’d never met before. As it turned out, we share a lot of the same interests and one sunny afternoon she puts to me the idea of going to a music festival  and ‘did I fancy going if I liked world music.’
‘YES! Of course I like world music.’ was my obvious reply ‘What festival is it?’
Well, when she said WOMAD my interest was well and truly piqued.

We packed ourselves up, finally located a method of getting ourselves to Cáceres 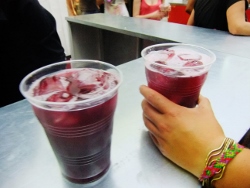 (Bla Bla Car, a wonderful resource) and got ourselves into our hotel. After sorting ourselves out, we took a little walk down into the town proper. After discovering that the back half of the crowd was mostly 14 yr olds with large bottles of red wine, we wended our way down into the main crowd and got ourselves a tinto con limón. This was a tinto to end all tintos. They were a liter each and the glasses were bigger than my head. It was glorious.

There were some amazing artists, some I have seen, The Correspondents and Vieux Farka Toure, and some new, such as Cigdem Aslan. Two of the other teachers from school came along to party with us on the second day. All in all, it was a spectacular weekend. 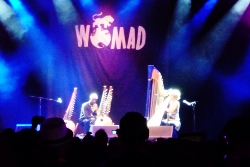 The second time I went to WOMAD this year was at Charlton park with the usual gang. There were some extraordinary performances this year including one very special performance by the one and only Sinead O’Connor. Miss O’Connor was a replacement act for Bobby Womack who sadly passed away a month before he was due to headline on the Sunday.  The real highlight for me however was Catrin Finch and Seckou Keita. This duet was the most haunting, delightful performance I have ever seen. I had to keep myself awake until 12:45 for this magical experience but it was worth every yawn. 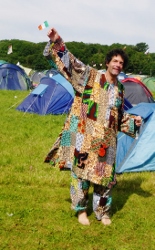 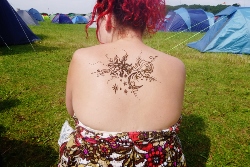 As well as the music there were all the usual wonderful experiences over the weekend. My dad in his fantastic African outfit, the usual 2 metric tons of henna liberally applied to everyone and their cat, the wonderful delights of my dad’s handmade light beacons, fried breakfasts and all sorts of really quite fantastic dancing. 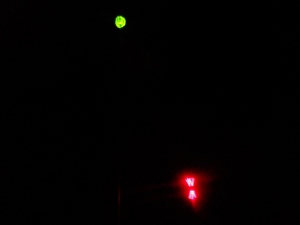 I fully intend on going back to both of these as many times as I can. I love festivals and the opportunity of going to one in another country was wonderful. This year Spain, next year, South America! 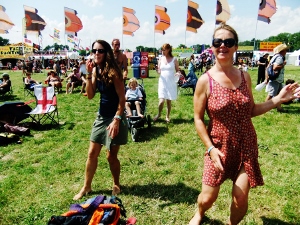